How to Start a Podcast

I’ve had some people reach out to me asking how I went about starting my podcast. What equipment do you use? What do I need to get started? How much does it cost? How do I get on iTunes? To help anyone who wants to start a podcast I decided to write a guide on how to get started with the knowledge I’ve acquired over the past 9 months that I’ve been podcasting.

Before we get into hosting and submitting to iTunes, the first thing you’re going to need is a way to record yourself.

The absolute barebones way to do this would be to record yourself through your phone. You don’t need a mic but a little goes a long way and you can buy a basic lapel mic for about $20 on Amazon. I use this mic to record myself for the video versions of my podcast and my vlogs so if you want to hear how that sounds, you can get a preview here.

I decided to invest a bit more when I first started so I bought a Blue Snowball USB Microphone. This will give you better audio quality than a lapel mic or recording by talking directly into your phone without having to invest a lot of money. It’s a very popular entry-level choice whether you’re doing a podcast, vlogs, streams, etc., and the input being USB makes this mic very convenient. You can listen to the quality of this mic in one of my earlier episodes.

Warning: If you buy two of these mics with the idea that you’ll record a guest with the other mic, it’s not going to happen. You’re better off recording the both of you with one mic or going an entirely separate route (I’ll describe the one I chose shortly). The Snowball mics are produced with identical USB fingerprints which means that if you have two of these plugged into one computer, your computer thinks there’s only one plugged in and will only ever record from one of the mics at a time.

Once you have a mic to record yourself, you’ll need software to record yourself and to create an MP3 to upload and share with the world. A very popular option within the podcasting community is Audacity. The software is open source, free, and available on Windows, Mac, and Linux. The software is very straightforward. Once your mic is plugged in, you select it from the input options, hit record, and start talking. There’s not much to it. 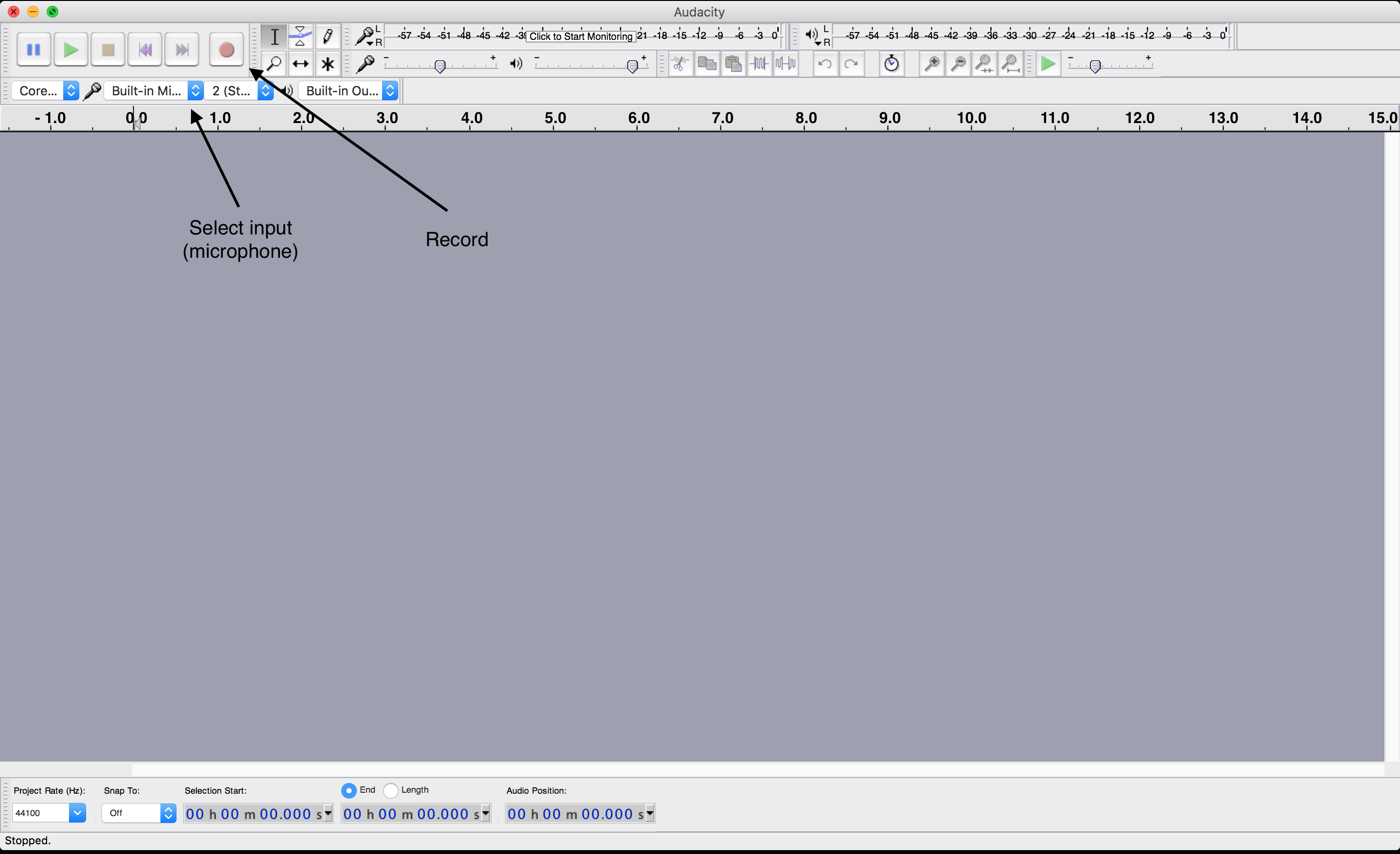 Once you’ve finished recording, you can edit within Audacity as well. You may want to trim off the beginning and the end of your recording. To do that you simply click and drag on the section of audio you want to be removed and cut using Ctrl-X or ⌘-X. 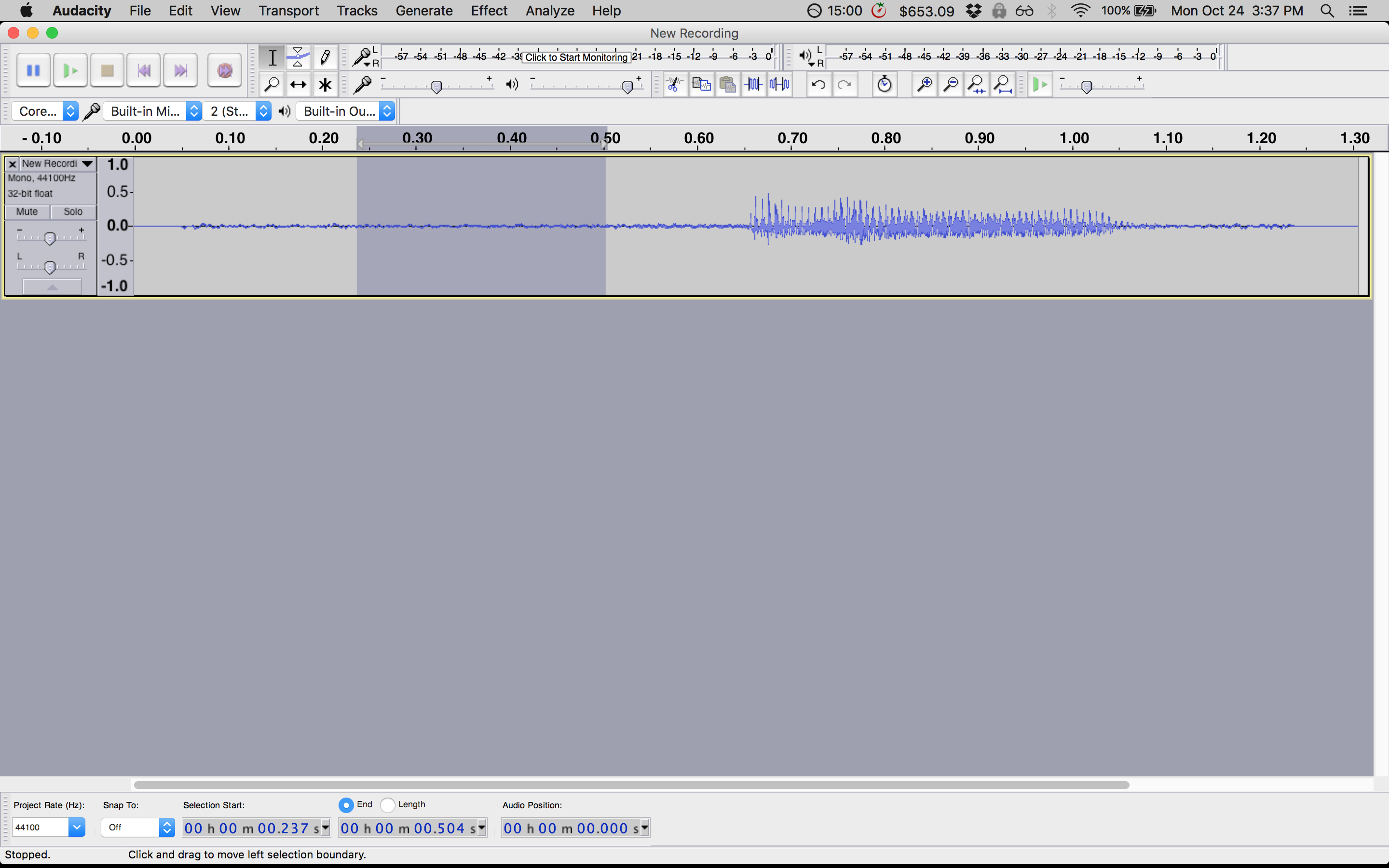 Once you’ve edited the audio all that’s left to do is export the MP3 file which you will upload to your hosting provider. 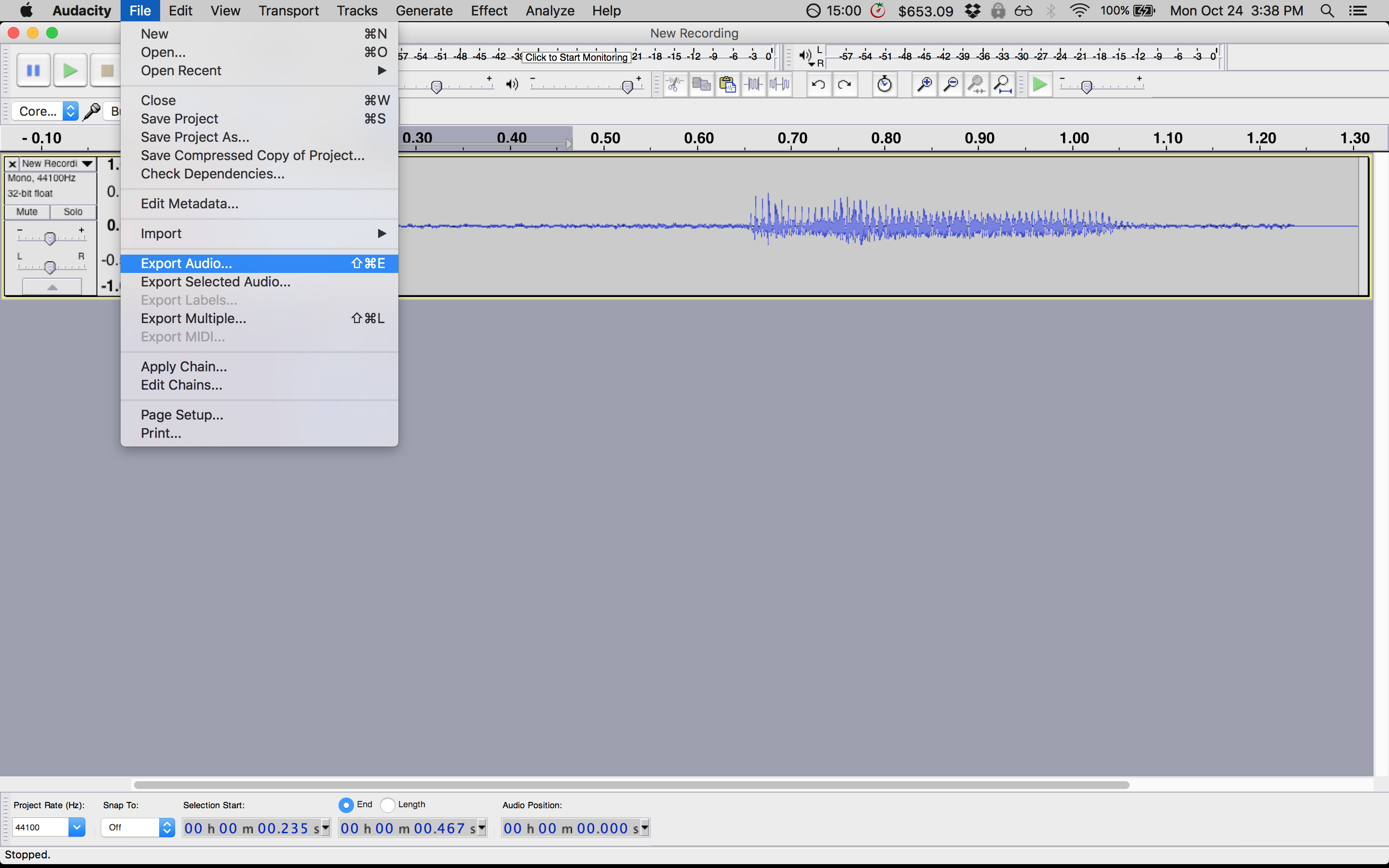 If you went the barebones route and you recorded audio using your phone you can just import that audio file into Audacity, edit as needed, and export the MP3.

For hosting I use Libsyn. They’re a very popular option and their plans start at $5 a month. I’ve used them since I’ve started podcasting and I don’t see myself switching from them anytime soon. I’ve never run into any issues with them and their support is amazing.

Once you create an account with them, there’s really only two things left to get your podcast audio accessible to the world. First you need to “publish an episode” by uploading your audio file to Libsyn. Like I said, their support is amazing and they have an entire guide written on how to do that here.

After you’ve published your first episode you’ll now have access to the RSS feed for your podcast. You can find this in the “Destinations” tab in the Libsyn dashboard. It should look something like this: http://theadammorganshow.libsyn.com/rss. With that URL, you’ll now be able to publish your podcast to places like iTunes and Google Play Music.

Libsyn has a guide for submitting your podcast to iTunes here. Google’s process is much simpler and you can submit to them by clicking here and selecting “Publish”.

When I submitted to Apple and Google there was a review process so it took a few days before my podcast was available for others to view. Be patient, it’s normal. Once your podcast has been approved, publishing future episodes will take just a few minutes to update.

Once I realized I was able to make a habit of podcasting every week, I decided to upgrade my setup. I did this because 1) I wanted the audio quality of my podcast to be better and 2) I wanted the ability to record a guest with a separate mic (caused by the Snowball issue I mentioned earlier).

To do this I replaced my Blue Snowball microphones with two Shure SM58-CN microphones. Unlike the Blue microphone, these do not connect to your computer via USB so I had to purchase an audio interface as well. For that I went with the Focusrite Scarlett 18i8. I’m no audio guru myself but at a high level I plug my mics into this interface, the interface plugs into my MacBook via USB, and from there I record as usual with a much higher audio quality. The interface allows you to individually control the audio levels of each microphone - up to 4 on my model.

Along with the new mics and the interface I also record in Garage Band now instead of Audacity. Either one will do but with Garage Band, I have access to mic monitoring which allows me to hear myself talking as I’m recording which is a very nice feature.

As you can see from the prices on Amazon this setup isn’t cheap so unless you have money to burn I’d start with something less expensive like the Blue Snowball microphone I mentioned earlier.

If you’re curious about how this new audio setup sounds you can listen to the latest episode of my podcast The Adam Morgan Show: A Libertarian Case for Trump.

If you have any questions feel free to reach out to me on Twitter.

In Defense of Douglas Crockford

How to make video templates for your Instagram stories (2021)

Instagram stories suck for landscape videos. Here's how to fix it.

In this tutorial we'll be building off of the previous tutorial updating our form to make our first HTTP request to the PokéAPI.

In this tutorial we'll learn the basics of Angular's other approach to forms, reactive forms, by creating a user signup page with the same three fields: name, email, and password.